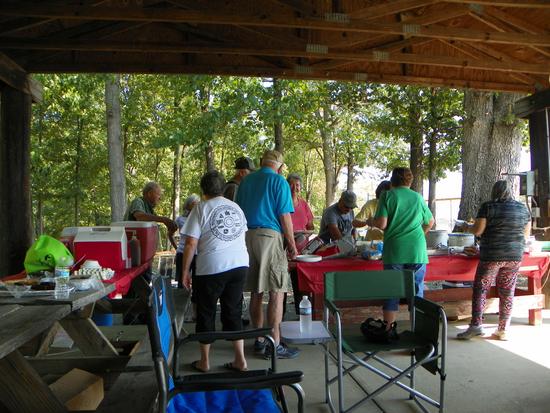 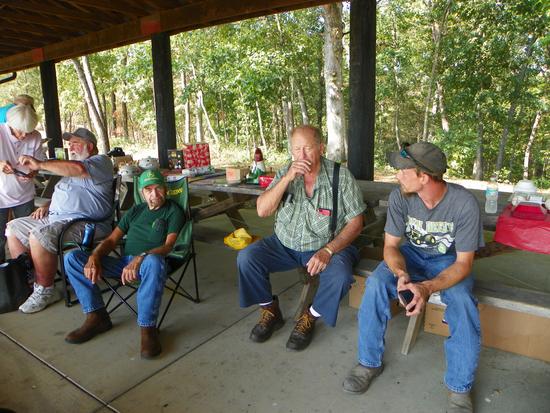 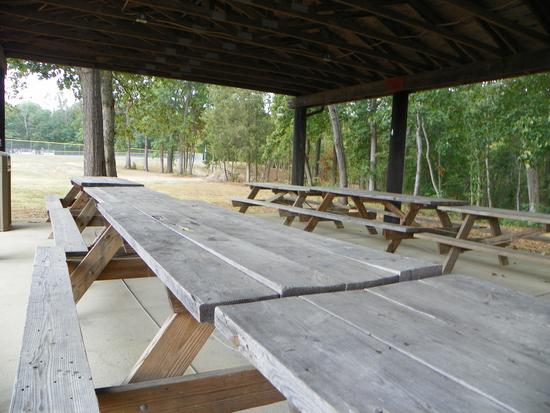 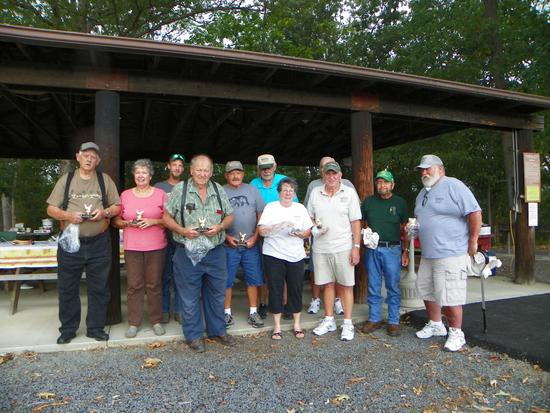 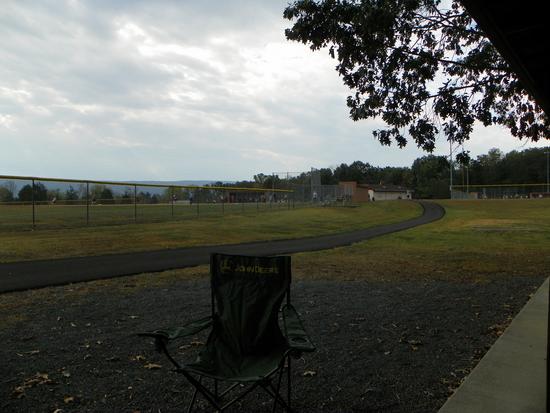 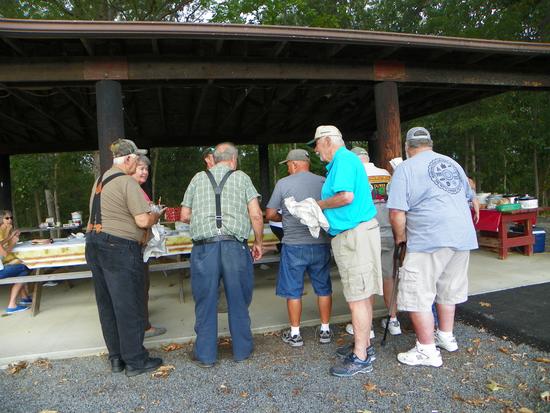 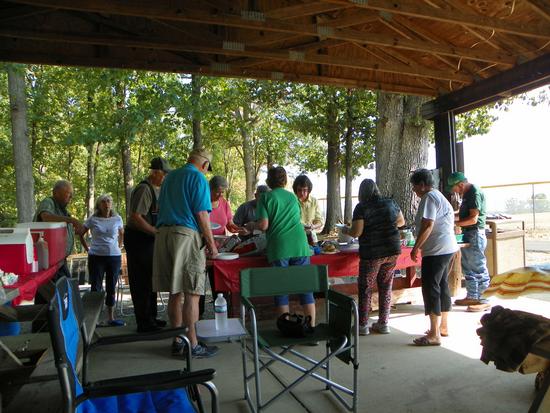 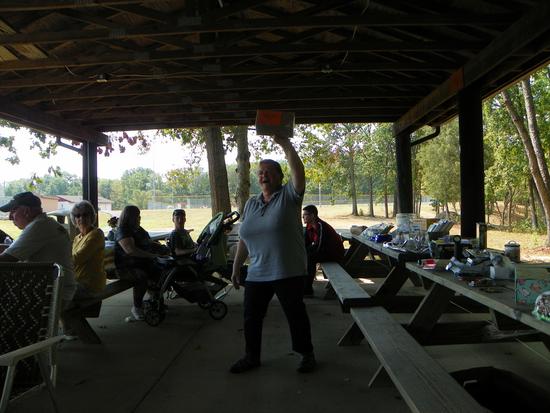 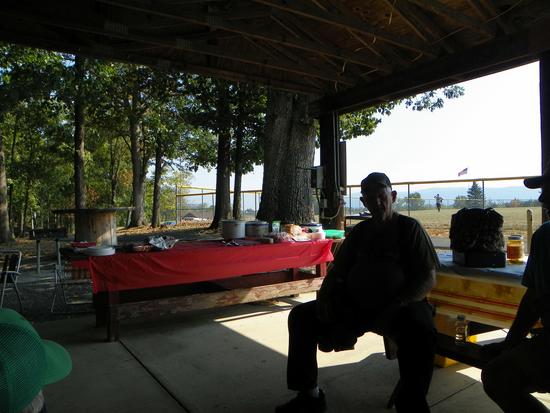 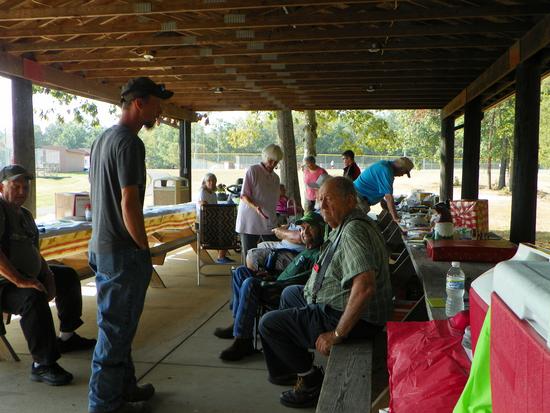 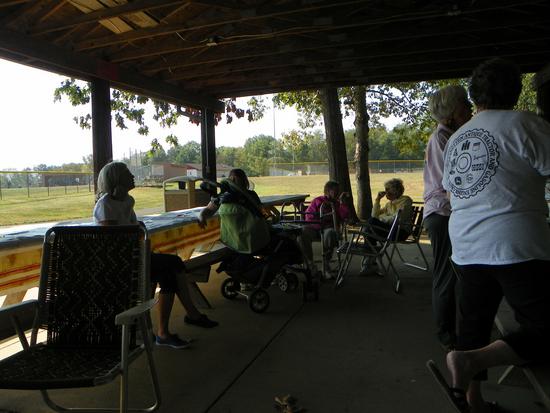 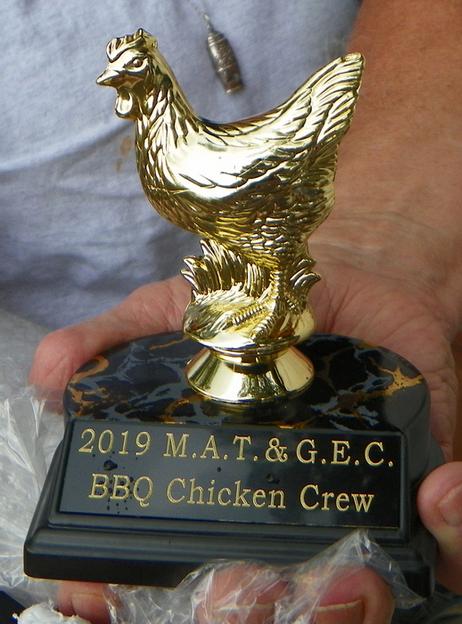 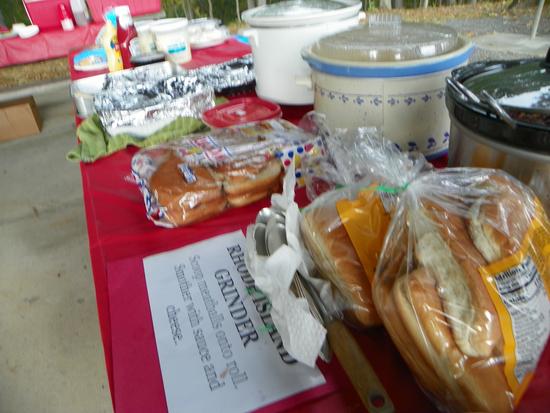 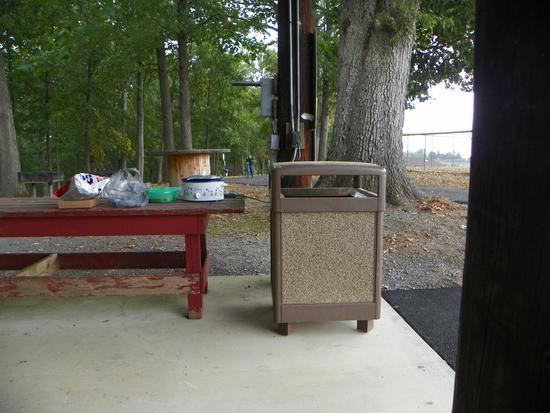 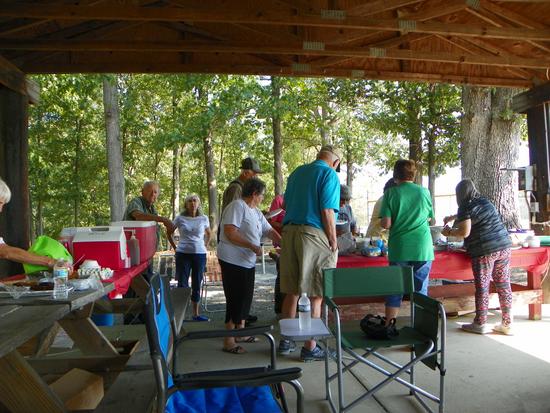 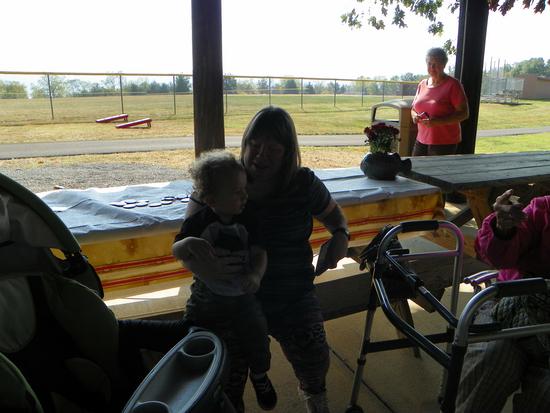 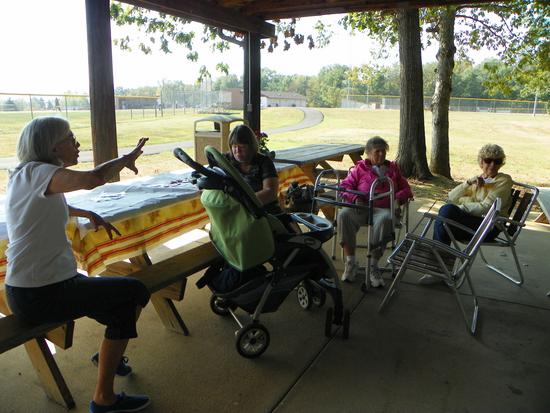 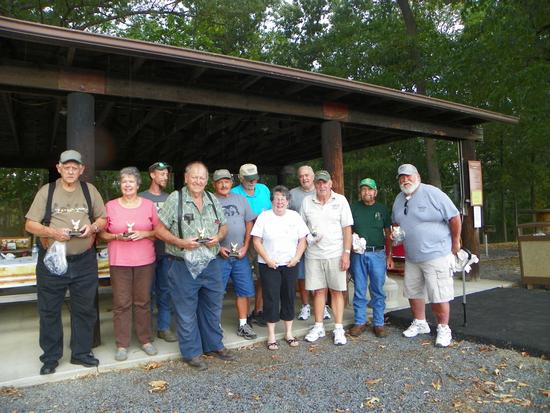 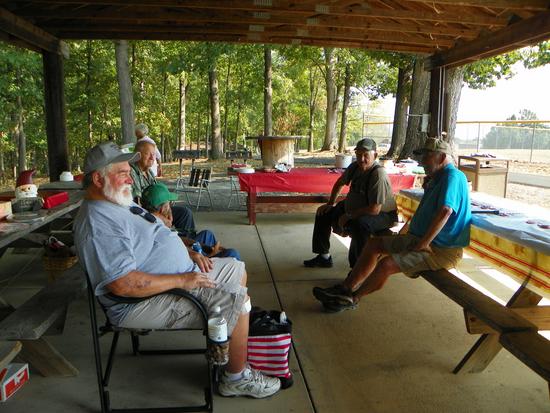 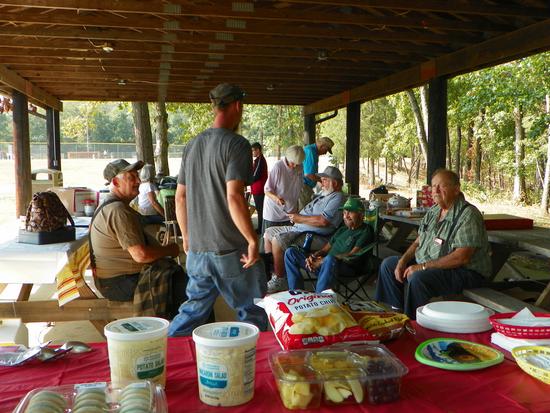 ~Our club picnic was held on Saturday September 26th at the Shenandoah County Park in Maurertown.  There was ~plenty of good food and nobody went away hungry.  Following the feast, an auction of items donated by club members ~was held.  The proceeds of the auction went into our building fund.  There was also an award ceremony where all of the ~club members who worked so hard at the Chicken BBQ Sales held earlier this year were recognized.  Each club ~member who helped with the sales received a "Chicken Crew Trophy".  The weather was hot with a soft breeze and a ~thunder shower in the afternoon just before we finished up with the festivities.  In fact, you can see a single raindrop on ~the final picture.  Below are a few pictures of this event.  The photos were taken by Jan and Lou Kocon (& Ibby too). 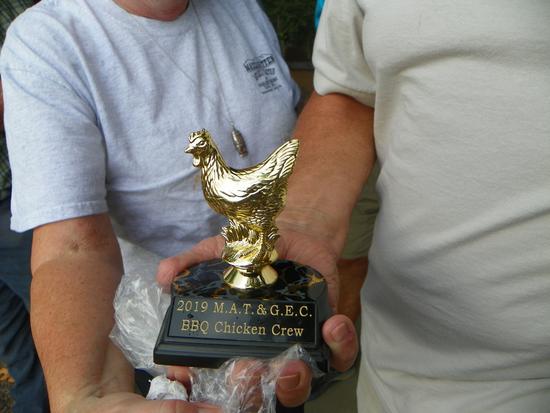