Although I have been a member of the tractor club for many years, I never had the opportunity to meet Mr. Wine.  I do know that each year, when he paid his dues, he would always add "a little extra" as a donation to the club.  Several of our other club members were apparently well acquainted with Mr. Wine as I have heard several stories about him similar to those in the above article.  Hopefully, some day we will meet.  Until that day,.................... 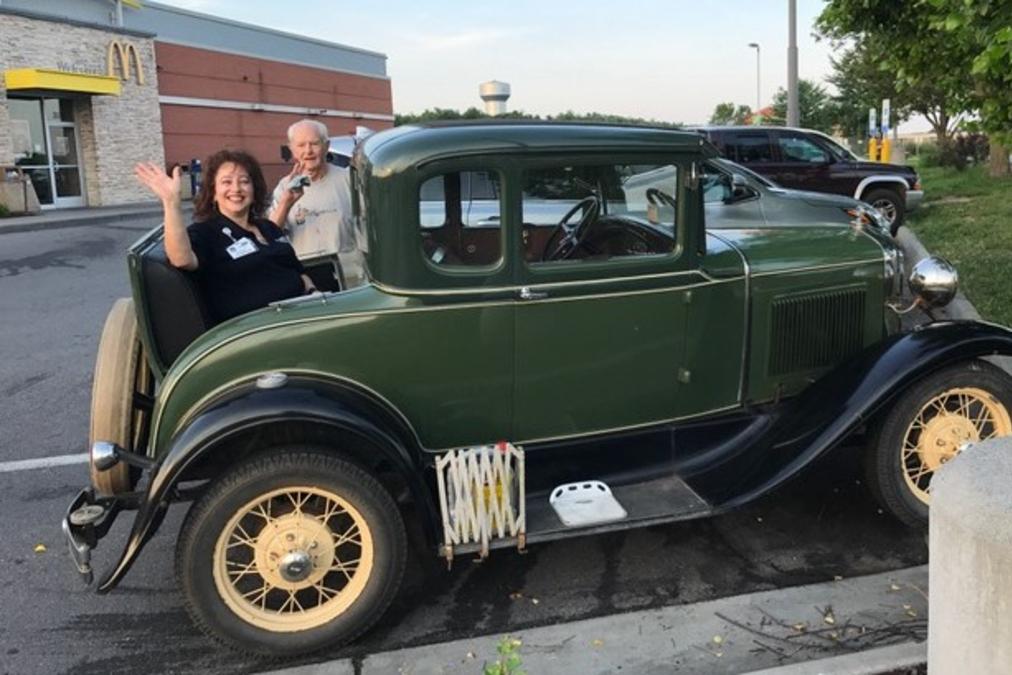 One of our long time club members has recently passed away.  The following information has been taken from the obituary that appeared in     The Northern Virginia Daily.

Mr. William "Bill" Wine III passed peacefully at his home near Toms Brook, Virginia on January 26, 2019 with his wife of 61 years, Janet I Wine and four children by his side.  Mr. Wine was born in Leesburg, Virginia on St. Patrick's Day, 1936.  He was the only son born to the late William A. Wine Jr. and Ann Liebman Wine, formerly of Woodstock.

He was preceded in death by his parents and eldest sister, Marian Crites.

Mr. Wine was best known to his friends as "Bill" and received his Doctor of Motors certification in June of 1963.  He approached life with the  heart of a mechanic.  When something broke, his first thought was always, "How can this be fixed?"  He dedicated his life to his passion for fixing, repairing and restoring automobiles and various objects of all shapes and sizes.  If he needed a special tool for a project, he wouldn't buy it, he would often just make it.  His friends often bragged of his mechanical abilities by saying, "Just call Bill and hold the phone over the engine and he'll tell you what's wrong with it!"

He volunteered time to the construction of The Strasburg Train for the Great Train Raid Re-enactment in 2011, with friends Conley Crabill and Denny Cooper.  He was part of the restoration project of the 1946 Woodstock Fire Truck and contributed his talents along with Pat Funk on reconstructing a 1941 White road tractor that is on permanent display at The Keystone Truck & Tractor Museum in Colonial Heights, Virginia.  He was currently employed at Ozark Concrete Company as their equipment mechanic.

His dept of knowledge in auto mechanics will be sorely missed by so many who called upon him regularly to fix just about anything.  His 1930 Model A Ford will be missed being seen daily outside of The Queen Street Diner before the break of dawn.  He was a long time member of Queen Street's Early Morning Breakfast Club and his spot at the round table in the back of the diner will forever be known to many as Mr. Wine's seat.  He was a member of The Sons of The Confederate Veterans, Strasburg Camp 1587, loved NASCAR, old westerns, Sudoko puzzles and the Dallas Cowboys.

He is survived by his wife, Janet Wine, several adult children, their wives and husbands, ten grandchildren, eight great grandchildren, a sister and brother-in-law, a first cousin and a niece.

Burial was at Sunset View Memorial Gardens in Woodstock, Virginia.  In Bill's memory, the family requests that donations  be made to Blue Ridge Hospice, 333 West Cork Street, Winchester, Virginia 22601.