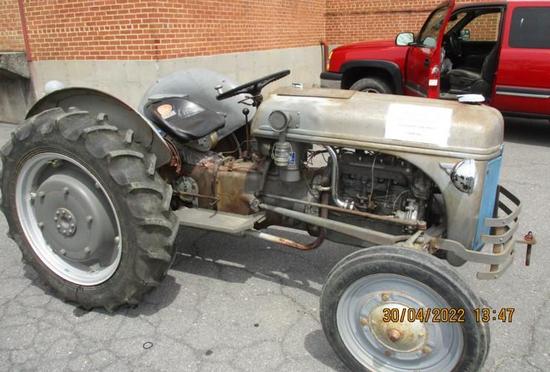 ~Below are a few pictures taken by Club President, Steve Crites at the unloading area for the Apple Blossom Parade in ~Winchester, Virginia.  After unloading, the group of tractors headed to where they were supposed to line up.  On the ~way, they encountered one parade official who went through the paperwork and found that one piece of paperwork was ~missing but as all the other paperwork was present, he passed them through.  Shortly after that, they encountered a ~second parade official who went through the paperwork, found that they were missing one piece of paperwork and then ~turned our club members away so, after taking out a second mortgage to get the money for fuel and after hauling ~their tractors all the way to Winchester, there would be no parade for the members of The Massanutten Antique Tractor ~& Gasoline Engine Club IN 2022, 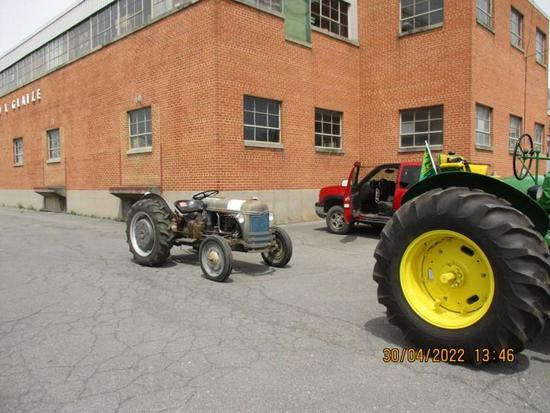 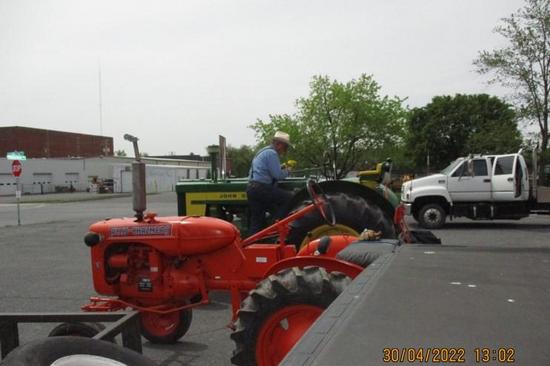 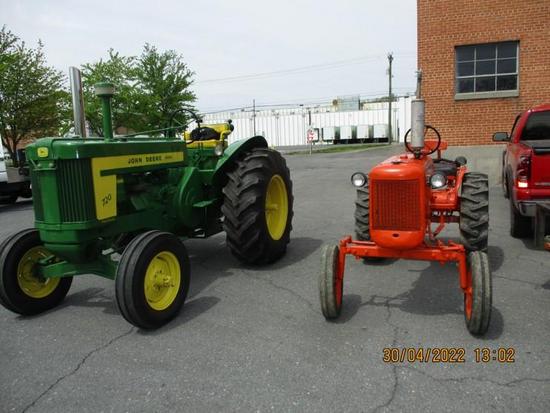